From the Dance Floor to FDA Approval for PTSD Relief

The non-profit Multidisciplinary Association for Psychedelic Studies (MAPS) recently announced that the U.S. Food and Drug Administration (FDA) has granted Breakthrough Therapy Designation to 3,4-Methylenedioxymethamphetamine (MDMA) for the treatment of posttraumatic stress disorder (PTSD). MAPS and the FDA have also reached agreement under the Special Protocol Assessment Process (SPA) for the design of two upcoming Phase 3 trials (MAPP1 and MAPP2) of MDMA-assisted psychotherapy for patients with severe PTSD.

Translation follows…
One of the main targets in the war on drugs could well become a drug to treat the scars of war.
MDMA-assisted psychotherapy is a novel treatment package that combines psychotherapeutic techniques with MDMA as a pharmacological adjunct. You might know MDMA by its street name: Ecstasy or Molly.
By granting Breakthrough Therapy Designation, the FDA has agreed that this treatment may have a meaningful advantage for PTSD, setting it on a fast track for review and potential approval.

A small U.S. study that first suggested MDMA could help treat PTSD was published in 2011. Since then, researchers in Canada, Israel, and the United States have jointly carried out larger phase II trials; their results, which remain unpublished but have been reviewed by the FDA, were very good.

Don’t try this at home. MDMA researchers point out that one key difference between MDMA and street Ecstasy is the street versions often contain other harmful drugs. Experts say sometimes illegal pills don’t even contain MDMA.

A Little History Lesson
Ecstasy has long been a favorite at dance parties, clubs, and raves because of its unique ability to flood users with intense feelings of euphoria. But as a byproduct, it also reduces fear and imbues users with a deep sense of love and acceptance of themselves and others — the perfect conditions for trauma therapy.

Stringent drug laws have stymied research on these compounds for decades.
“This is not a big scientific step,” says David Nutt, a neuropsychopharmacologist at Imperial College London. “It’s been obvious for 40 years that these drugs are medicines. But it’s a huge step in acceptance.”

Since the early 1990s, a new generation of scientists have revived the research into clinical trials which have shown that ingesting a psychedelic in a carefully proscribed and monitored setting can induce an experience that is medically safe and that provokes profound, durable psychological and behavioral change. By giving doses of MDMA at the beginning of three, eight-hour therapy sessions, researchers say they have helped chronic PTSD patients process and move past their traumas.

Starting Spring 2019 and taking place at 15 locations across the United States, Canada, and Israel, Phase 3 study volunteers will be administered MDMA or placebo in conjunction with psychotherapy at qualified research sites in selected locations. The study is expected to conclude in 2021.

The Upside
MDMA-assisted psychotherapy is a novel treatment package that combines psychotherapy with the administration of MDMA to achieve significant and lasting reductions in PTSD symptoms.
Experts have become increasingly intrigued by the promising results. In the first clinical trials with 103 patients closely monitored by the FDA, 54 percent reported major reductions in symptoms to the point where they no longer fit the criteria for PTSD. Follow-up studies a year later found 67 percent no longer had PTSD.

The results of MDMA supported psychotherapy are not the same for everyone. Having said that, many PTSD sufferers are eager to tell the story of their journey to healing.
“The healing was brutal. One step forward, two steps back,” reports Elizabeth Mathews. “The psychedelic-assisted psychotherapy changed that dynamic. The MDMA allowed me to communicate the truth of my experience while remaining connected to my therapist.” (read Elizabeth’s story at https://tinyurl.com/yxj4nwed).

Rachael Kaplan describes her experience “I am now amazed every day when I realize that I feel a sense of peace in myself. I often wake up with a love for myself, other people, and this earth.” (Read Rachael’s story at https://tinyurl.com/yybhjvag).

Karen Diamond says “Since finishing treatment over a year ago, I don’t wake up dreading each day. Overall, I’m feeling happier, more secure, and able to enjoy my life. I’m experiencing fewer intrusive thoughts, and a reduced startle reflex.”

According to John Saul, a self-described 52-year-old ex-jock from Los Angeles. “The study enabled me to wake up, pause, and tap into Love and Courage. I run on trails, beaches, and I do half-marathons again. I became certified to teach aerial yoga, and I enjoy a new line of work in answer to a calling to help others. I still drop pills onto the floor on a daily basis, but they are vitamins, not opiates.” (Both Karen and John’s experiences are at https://tinyurl.com/y6ln99cp)

“MDMA-assisted psychotherapy gave me an empowering rocket ride with me in the driver’s seat —still doing the work—but finally a vehicle capable of supporting me in getting where I want to go.” re-counts Kristina Cizmar Eklund.

The Downside
Critics have the right to be concerned. Ecstasy and other psychoactive drugs bring back memories of users jumping out of windows thinking they can fly. The prospect of a government-sanctioned psychedelic drug has generated both excitement and concern.

An in-depth study out of England can be found at “Medical Emergencies and Adverse Events in Ecstasy Users” Matthew Baggott, B.A., Reid Stuart, M.A., Lisa Jerome, Ph.D.
The main controversy is this…will using MDMA as a treatment adjunct encourage street level use? “I think it’s a dangerous substance,” says Andrew Parrott, a psychology professor at Swansea University in Wales who spent years researching the drug’s harmful effects. He worries that FDA approval for the treatment of PTSD could lead many in the public to believe ecstasy is safe for recreational use.

Conclusion
Use of MDMA must be carefully monitored. However, with reported major reductions in symptoms where patients more rapidly no longer fit the criteria for PTSD should be considered. No pharmacological therapy is risk-free. On balance do the risks outweigh the benefits.

Media Coverage:
Washington Post – The Washington Post: Ecstasy Could Be ‘Breakthrough’ Therapy for Soldiers, Others Suffering from PTSD
Science Magazine – All Clear for the Decisive Trial of MDMA in PTSD Patients

Information abounds on the internet.

If you suffer from PTSD or know someone who does, do your homework. This could be a significant breakthrough. 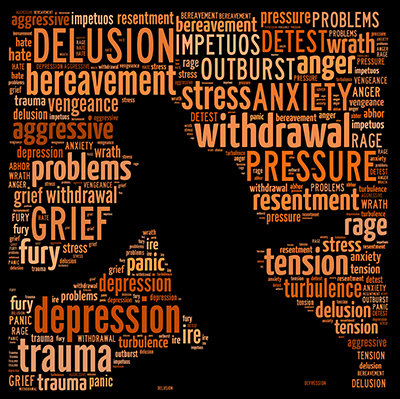 Vicki Garcia is the Co-Founder of Operation Vetrepreneur & President of Marketing Impressions, a 33+ -year- old marketing consulting firm. If you want support for starting up a business, email her at vicki@marketing-impressions.com.

“The Lost Watch of D-Day”

How to Connect with a Veteran Advocate 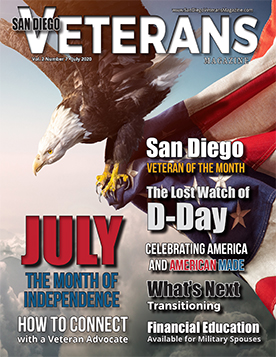